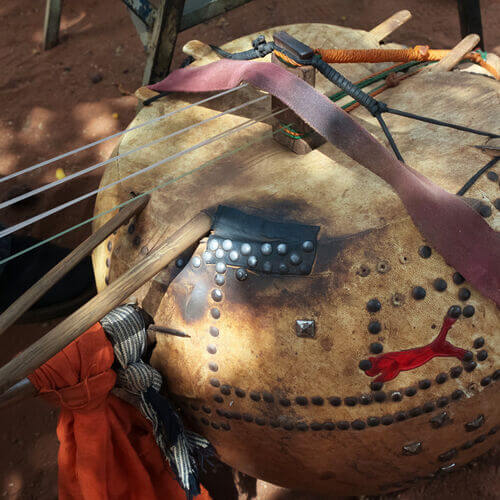 The song “Kedjula Kanin” appears on Mamady Keïta’s album, Mandeng Djara, and features an exquisite arrangement and performance. Here is a recording of my own adaptation of the song for flute, ngoni, and calabash, that may be helpful as a resource for further study.

Listen to the song, and read below for more information, lyrics, and translation. Enjoy!

On June 21, 2021, the world lost one of the greatest djembé players perhaps of all time when Mamady Keïta passed away at the age of 70. His legacy lives on in his music, but also in the hearts and minds of all the students he touched with his profound teaching and stalwart dedication to the Malinké traditions.

In 2007, Mamady Keïta recorded his 10th album Mandeng Djara in Conakry, Guinea. The album features virtuoso playing by Mamady, along with some of the most talented musicians in Conakry. In addition to the traditional drum ensemble, this album features beautiful melodies and arrangements for the kora, balafon, flute and more.

While it would be hard to pick a favorite track from this album, one of the stand-outs for me is the arrangement of Kedjula Kanin. Along with the kind of elaborate arrangement for the rhythm ensemble that Mamady is known for, this track also showcases the talents of the griots and griottes who perform the song with balafon and voice.

After listening to this arrangement, I decided to do a study of the song, in an attempt to better understand how the melody of the vocal phrase fit against a rather complex 12/8 rhythm. In doing so, I made my own recording of the basic parts using Fula flute, ngoni, and calabash. Doing so helped me internalize the “essence” of the song:

A melodic study of Kedjula Kanin

My own adaptation of the traditional Malinké song “Kedjula Kanin” for Fula flute and ngoni. I’ve kept the basic melody of the dununs in the calabash part.

The melody I used for the flute draws from the main refrain of the song, which is done in call-and-response style. I transcribed the melody based on a live performance (see video at end of article). In the performance, the song is roughly in the key of G, and watching the performers move in time while they played was helpful in understanding the overall feel.

Providing a written transcription of traditional music that often defies our Western conventions has challenges, however. Thanks goes to Dr. Jonathan Lorentz for his feedback on the vocal melody, which led to some fascinating discussions about time and feel, not to mention a friendly debate: Jonathan and I still don’t agree where the “one” is! In fact, asking a Malinké player where a music phrase begins or ends sometimes results in puzzled looks. Rhythms repeat, and there can often be multiple points of entry that “make sense” to a player. However, in this case, the dunun melody provided my point of reference, and so I’ve written it here to correspond with Mamady’s drum arrangement.

Transcribing and translating the Malinké lyrics to this song was also a fun and interesting challenge that turned into multiple collaborations. As a starting point, I spoke with my friend Diallo who works as a translator in Bamako. Diallo speaks Bambara, Malinké, and French, and he came up with an initial transcription of the lyrics.

With Diallo’s work in hand, I then called upon my friend Coleman Donaldson, a student of Manding linguistics and Bambara who holds a PhD in Educational Linguistics. Coleman is the founder of An ka taa, an initiative to offer resources and lessons for speakers of Manding languages.

Here is the result of our collaboration. It should be noted that after some discussion, we decided to go with the Malinké spelling of the words, as opposed to the Bambara spellings Diallo primarily used.

If coming up with accurate Malinké lyrics was a challenge, then translating into English was equally so. Like any language, Malinké is filled with nuances and meanings that aren’t always apparent from the literal translation.

For example, the word kejuu means “ugly”, and the song says literally that the love of an ugly boy (kamaren) or girl (sunkudun) is not pleasing. However, Diallo preferred to say that in this sense, the word “ugly” was less about physical appearances than it was about character traits. The song seems to support this, when the griotte sings:

The word wuyafɔla means liar, and janfante is something like traitor. The singer says to the liar/traitor that they’re just not “into” their love. This seems to support Diallo’s assertion that we’re talking about inner qualities here, and not a person’s looks. But others certainly might take the translation more literally!

In my translation, I’ve gone with the idea that falling in love with a bad person is the unpleasant situation one might find themself in:

To understand the talent and virtuosity on display in Mamady’s ensemble, it’s worthwhile to check out this video of them performing Kedjula Kanin in Coutances, France at the annual “Jazz sous les pommiers” festival. This performance is from 2009, and was the source I used primarily for this musical and linguistic study.

The video was very helpful to me in transcribing the song and understanding the melody of the dununs. This is a tricky piece of music! The arrangement is sheer brilliance, and the performers are outstanding.

To learn more about Mande music and culture, check out my two books, Drawing on Culture and Djoliba Crossing: 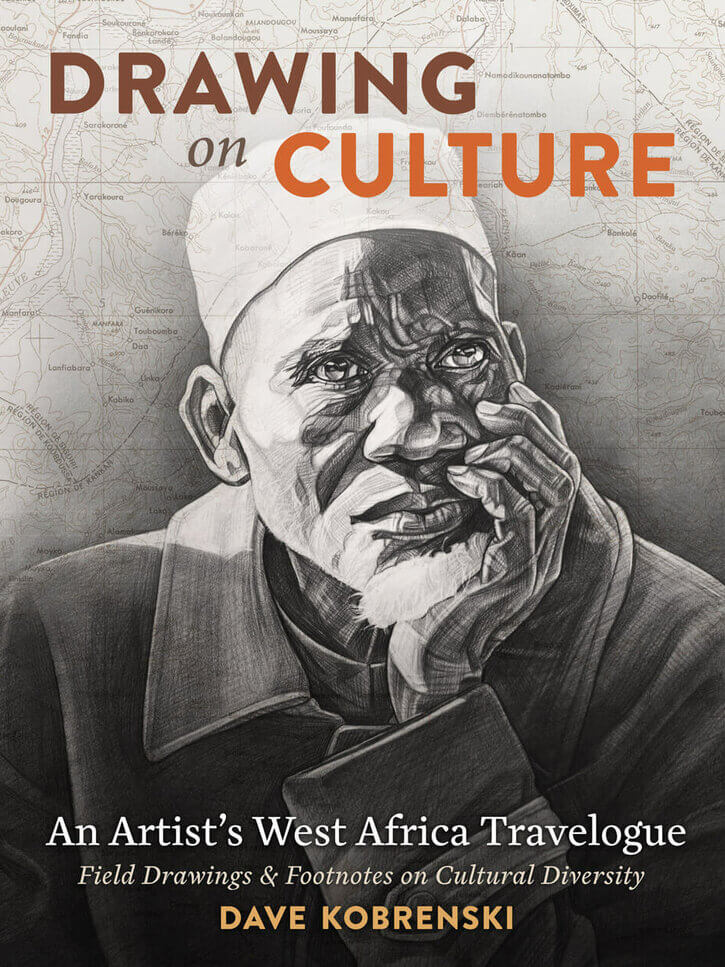 An artistic journey of cultural discovery into the heart of West Africa. 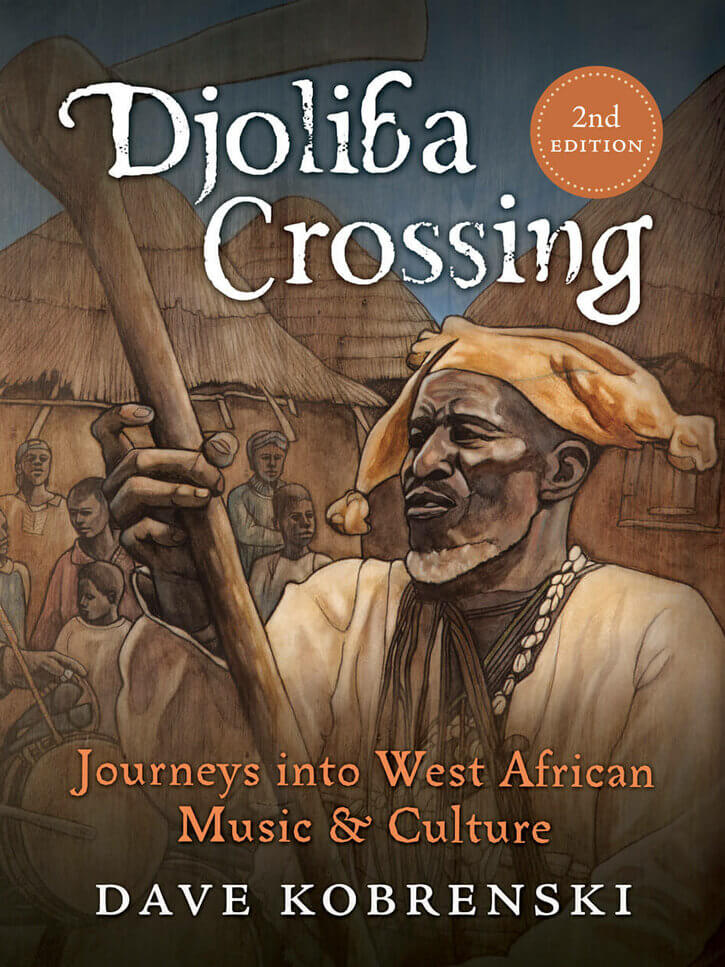