Master of the Malinké flute

Lanciné Condé (1970 – 2021) was a master of the Malinké flute tradition. He was born and raised in a small village near Kouroussa, in Guinea, West Africa.

I had the great fortune to apprentice with Lanciné as a flute player and instrument maker for a decade and a half. He was a kind and gentle soul and a dear friend. His legacy will live on through his music.

Lanciné passed away suddenly on September 5, 2021. All proceeds from the download of his music will go to support his family in Conakry, Guinea.

Lanciné was steeped in the music of his people from a very early age. Well versed in the traditional drumming of his village, he is proficient in the dunun (bass) drums, but his specialty is playing the tambin, or fulé: a unique 3-holed transverse flute made from a woody vine that grows along the banks of the river.

On this flute—also known as the Fula or Fulani flute—Lanciné brings forth even the most complicated of musical passages with the ease and grace of one who has spent a lifetime mastering its subtleties and nuances. 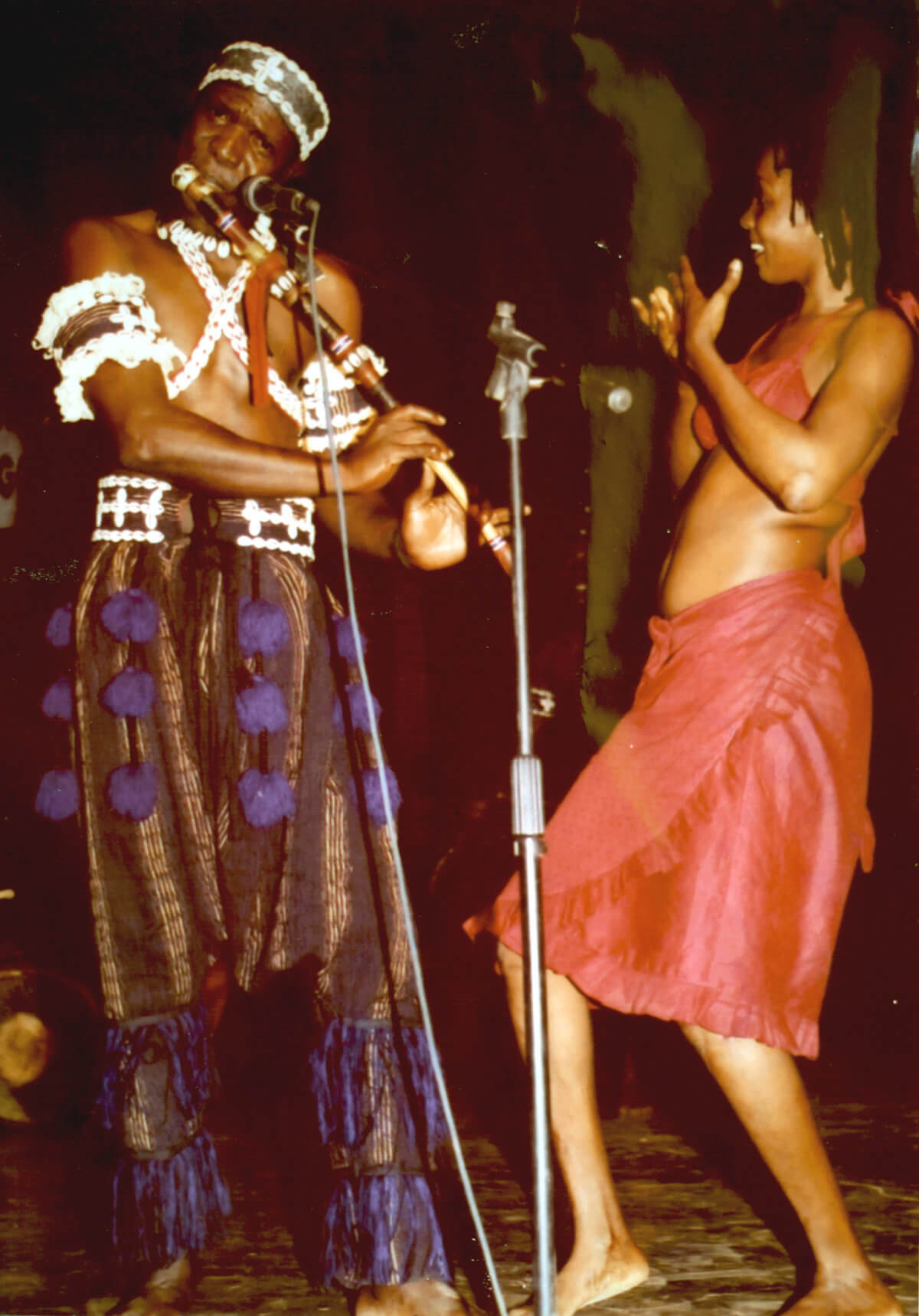 Lanciné Condé performing in France in the last 1990’s.