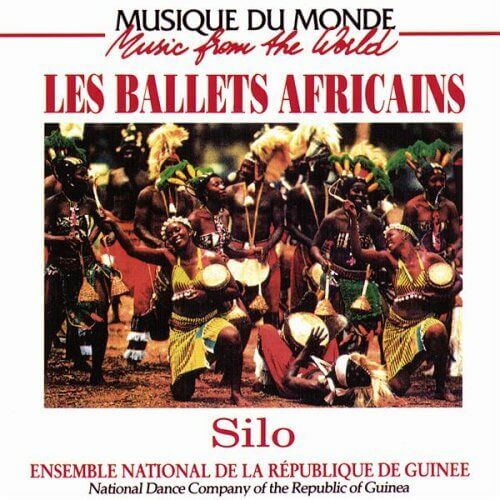 During my apprenticeship with Guinean flutist and dununfola Lanciné Condé, it was clear that certain recordings held a special place in his heart. One of those was a rendition of the rhythm Sorsornet performed by Les Ballets Africains on their album Silo.

Les Ballets Africains titled the track “The Fruit Harvest,” and it starts with a moving performance of the song Faama Denké before transitioning into the Sorsornet rhythm. What made this arrangement special for both Lanciné and I were the memorable flute passages throughout, played by the incomparable Mamady Mansaré. Lanciné knew the phrases by heart, and under his tutelage, soon I did too.

During my last visit with Lanciné before he passed away in 2021, we began working on our own arrangement of these pieces for two flutes and a drum ensemble. Though we never got to record the final piece together, I decided to honor Lanciné and our work by recording it for the new Afroflute album, Taamaden (the Traveler).

Here’s a look behind the music that inspired the recording, including a breakdown of the arrangement, and a deep-dive into the traditional rhythms and songs.

The arrangement of “The Fruit Harvest” begins with the song Faama Denké. It’s a beautiful and timeless melody that has been recorded by many artists, both instrumentally and with vocals.

Faama Denké dates back to the turn of the 20th century, and has historical significance for many Mande people. The word faama means “military leader,” and denké means “son.” The song refers specifically to the son of Samory Touré, the founder of the Wassoulou Empire in the late 1800s.

Samory, also known as Almamy (a title given to West African Muslim rulers), was famed for his skills as a war commander and leader. At the peak of his rise to power, he organized an infantry of nearly thirty thousand sofa (warriors) and earned the title of faama. Touré vehemently opposed the French and their ambition to expand as a colonial power in West Africa. He and his armies fought against the French for nearly two decades, until he was captured in 1898. He died in exile two years later. To this day, Samory Touré remains a folk hero and a model for the spirit of African independence.

The song opens with the message, “Don’t cry, son of the marabout, a son’s crying is not a good thing.” The message is directed to the Almamy’s son, presumably because his father was captured and faces exile.

The Ballet version adds some lines to their version not found elsewhere that make reference to the mournful playing of their flute player, the fulen fɔla: “Don’t cry, a flutist’s crying is not good. Dry your tears, marabout’s son.”

A short clip of the Faama Denké song, as performed by Les Ballets Africains

Here’s my transcription of Faama Denké, followed by audio of the Fula flute melody I played on the Afroflute version:

After Faama Denké, the Ballet begins its transition into Sorsornet. Sorsornet is the name of a mask associated with the Baga people of the western coastal region of Guinea. This mask “deity” is regarded as a protector of the village who wards off evil spirits, and so in this song, we’re dealing with matters of the occult.

The Ballet leads with a song that proclaims, “If death is ashamed, it should be ashamed for this.”

It should be noted that the song from here on out uses an ancient dialect of Malinké that is difficult even for many native speakers to understand. My Malinké friends in Conakry had to ask around to find some elders who understood the words! We’ve translated it here into the more familiar Bambara/Malinké orthography, since the older dialect of Malinké didn’t have a written alphabet that was known to them.

The lyrics (again, in an ancient dialect) sing of “people with mystic knowledge who dance in the houses of the Faama and the marabout.”

“You people who change yourselves into other things, Karifala has arrived. Even Kaba (the jinn/spirit) is there. Kaba the Marabout is there.”

The Ballets’ Sorsornet arrangement begins with a flute accompaniment that sets the stage for the rest of the rhythm. You’ll see in a moment how the flute works together with the drums to emphasize the polyrhythm.

The Sorsornet drum rhythm itself is pretty well-known in the djembé community, thanks in large part to Mamady Keita’s transcription in his book, A Life for the Djembé. It’s worth noting, however, that Les Ballets Africains had a slightly different version. For their performance, they likely played the dunun drums “ballet style,” condensing the three bass drums into one or perhaps two parts.

Here’s my transcription of the three dunun drums played together with a single bell, which can easily be played by one person. Or perhaps not so easily. In any case, if you enjoy playing ballet-style dunun, the addition of the bell makes this polyrhythm a fun challenge!

The three drums and a bell, played by one person “ballet style”…

The version of Sorsornet that Lanciné and I played was a bit closer to Mamady Keita’s version, although it’s a hybrid of Les Ballets’ and the version that has become well-known today. The kenkeni and the sangban are the same as Mamady’s, but we varied the dununba to play off the flute accompaniment in the Ballets version, and made it a six-bar phrase.

Mamady's version, as written in his book:

Our six-bar dununba phrase is a bit different. The reason we did it like this was to complement the flute melody.

Here’s the three dunun drums played together, as in the Afroflute arrangement.

The flute accompaniment actually does a lot to carry the feel of the whole piece. You can hear how the flute and dununba go together just like warm French bread and chocolate Nutella:

For the arrangement on the Afroflute album, I wanted an extended introduction that paid homage to the Ballet tradition. I started with the usual Sorsornet intro phrase, and took some creative liberties to extend the lines. The phrases I came up with can be broken into three sections, with the Sorsornet flute melody interspersed between them.

Listen to the audio, and refer to the transcriptions below for the blow-by-blow.

The flute weaves in-between the three phrases of the introduction

And that’s just about everything! Here’s the whole Afroflute piece with everything all together, starting with Faama Denké on two flutes and balafon, followed by the full Sorsornet arrangement. It’s my tribute both to Les Ballets Africains and to Lancine Condé, who taught me the music.

I hope you enjoyed this look behind the music!

Fula flute, balafon, djembé, and ngoni come together in this joyful musical romp through West Africa.

Download of high-quality MP3s with all album art will be sent instantly via email. Physical CD will arrive in 2-3 business days.

Thank you for supporting independent music! 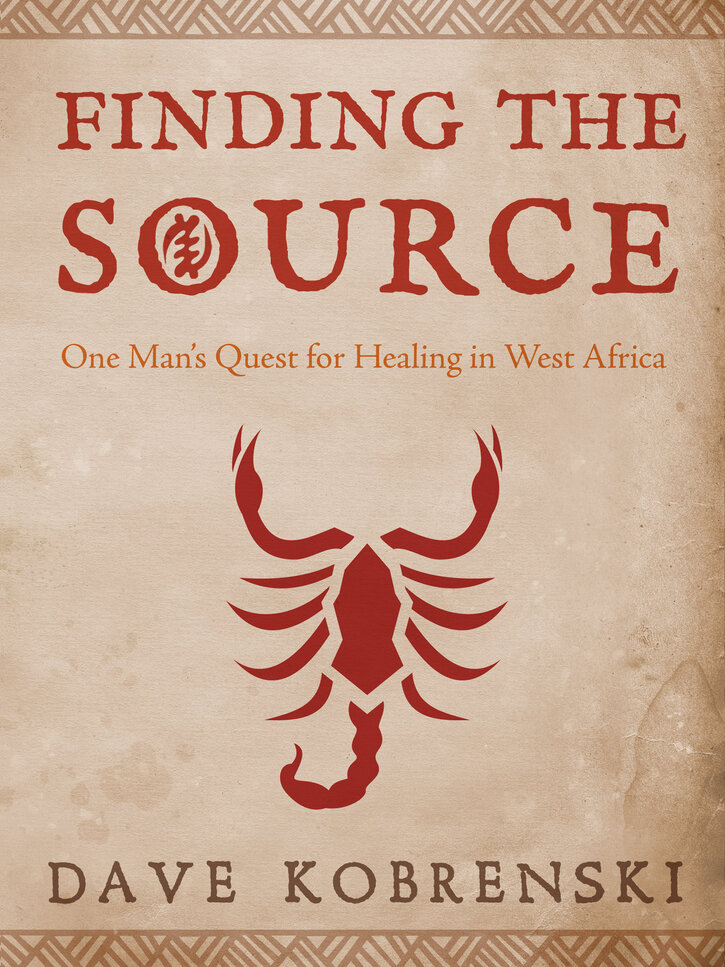 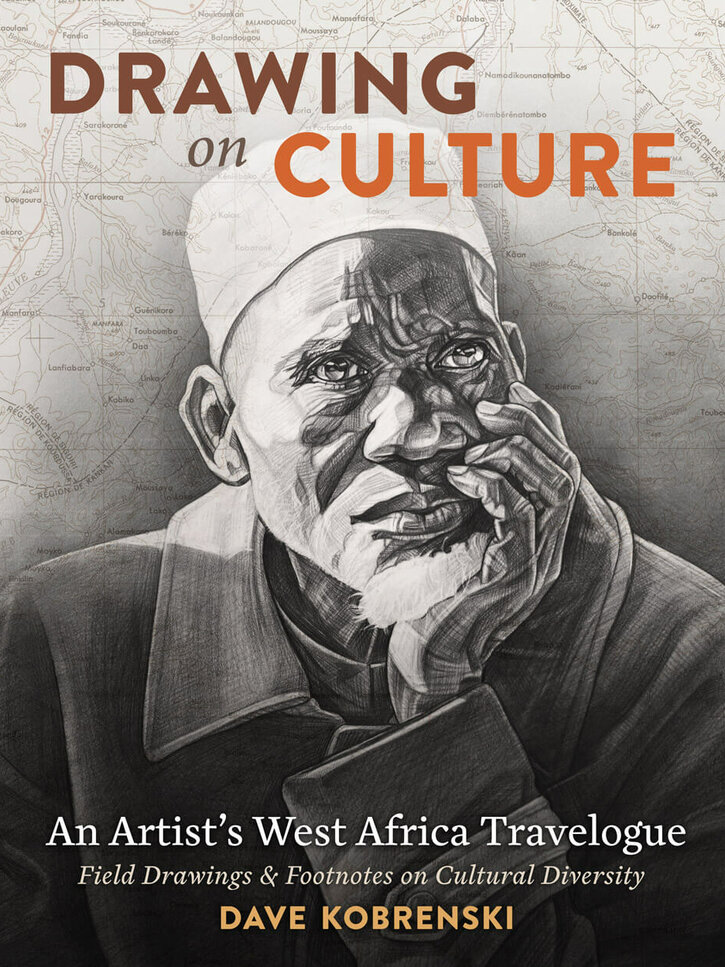 More than 30 new artworks and travel writings from West Africa. 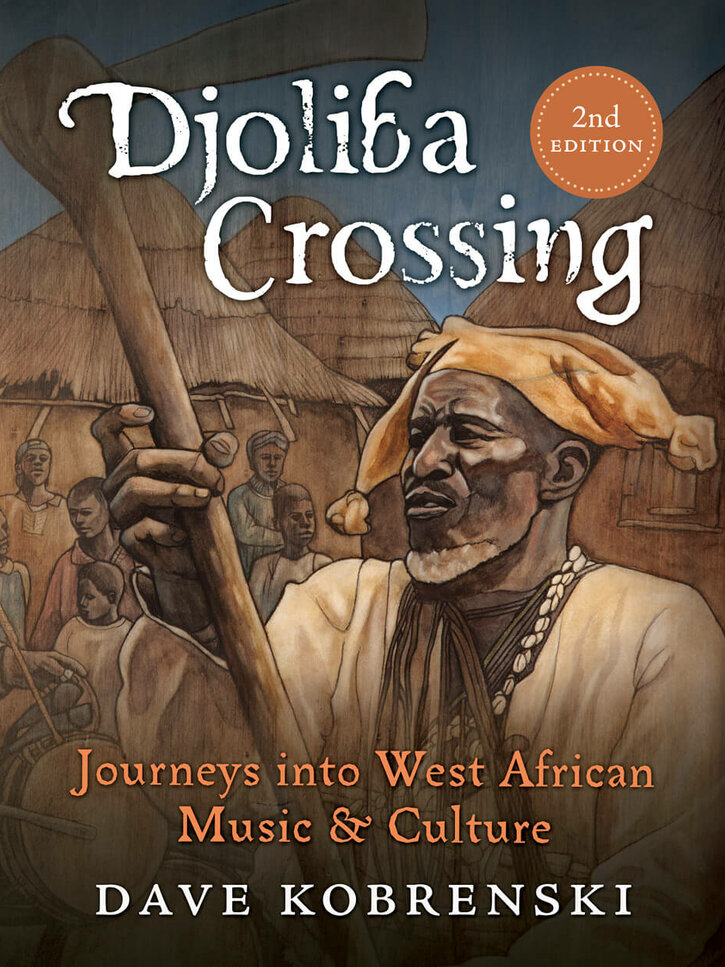 Updated 2nd Edition, with 50+ pages of illustrations and rhythm notations.