Original artwork featured in the book,
Drawing on Culture. 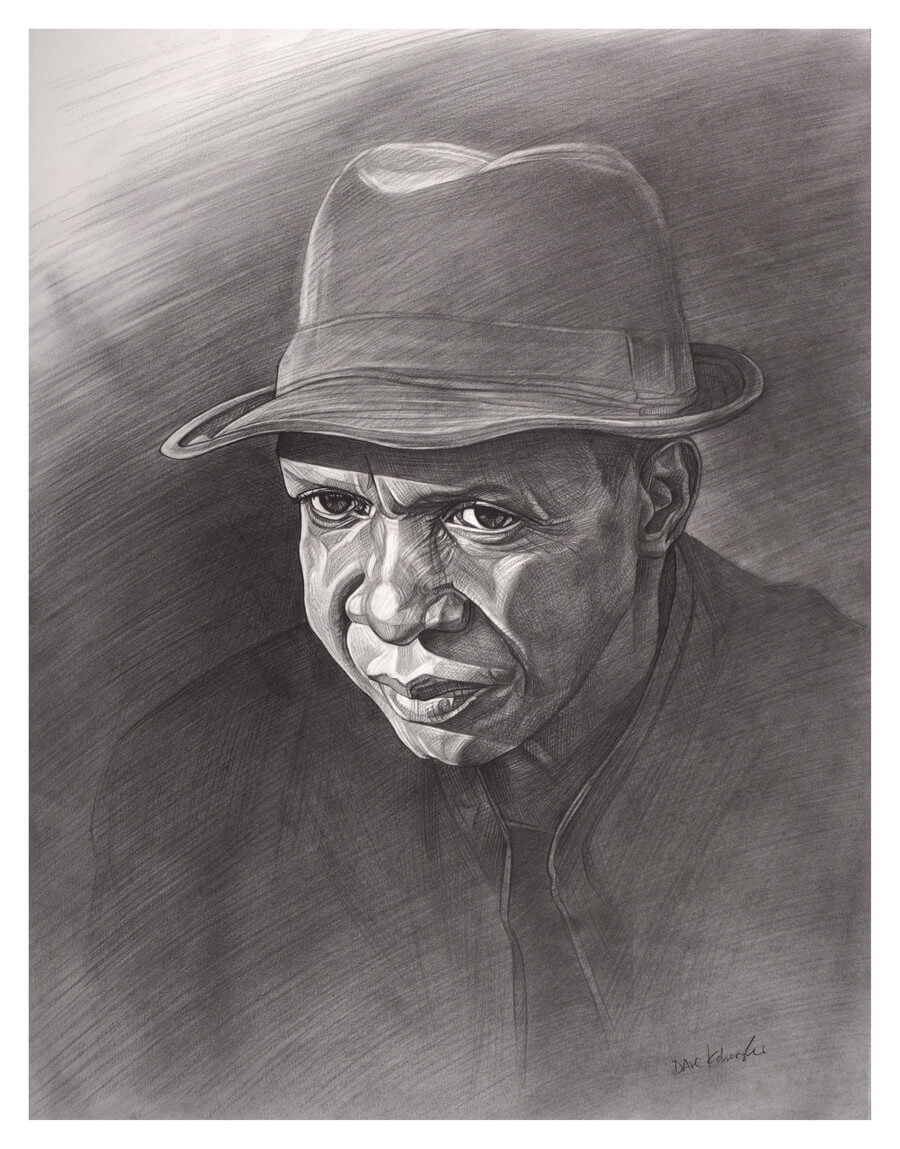 Lancine Condé is the name of my dear friend and long-time mentor in West Africa. My studies of the traditional tambin (aka Fula flute, or Fulani flute) led me to seek Lancine out in 2005. He was renowned for his abilities on the instrument, having taught himself how to play as a young boy, and is a true virtuoso on this expressive and unique wind instrument. Over the years, my apprenticeship with Lancine formed into a friendship that has continued ever since, and I go to spend time with he and his family in Guinea whenever possible. In addition to being a great mentor and friend, he has also served as my reliable guide and translator on subsequent adventures into the West African countryside. Lancine played a large role in my 2013 book, Djoliba Crossing.