In Drawing on Culture, artist and ethnomusicologist Dave Kobrenski takes the reader on an artistic voyage into the heart of West Africa.

Enter to Win a Free Print! 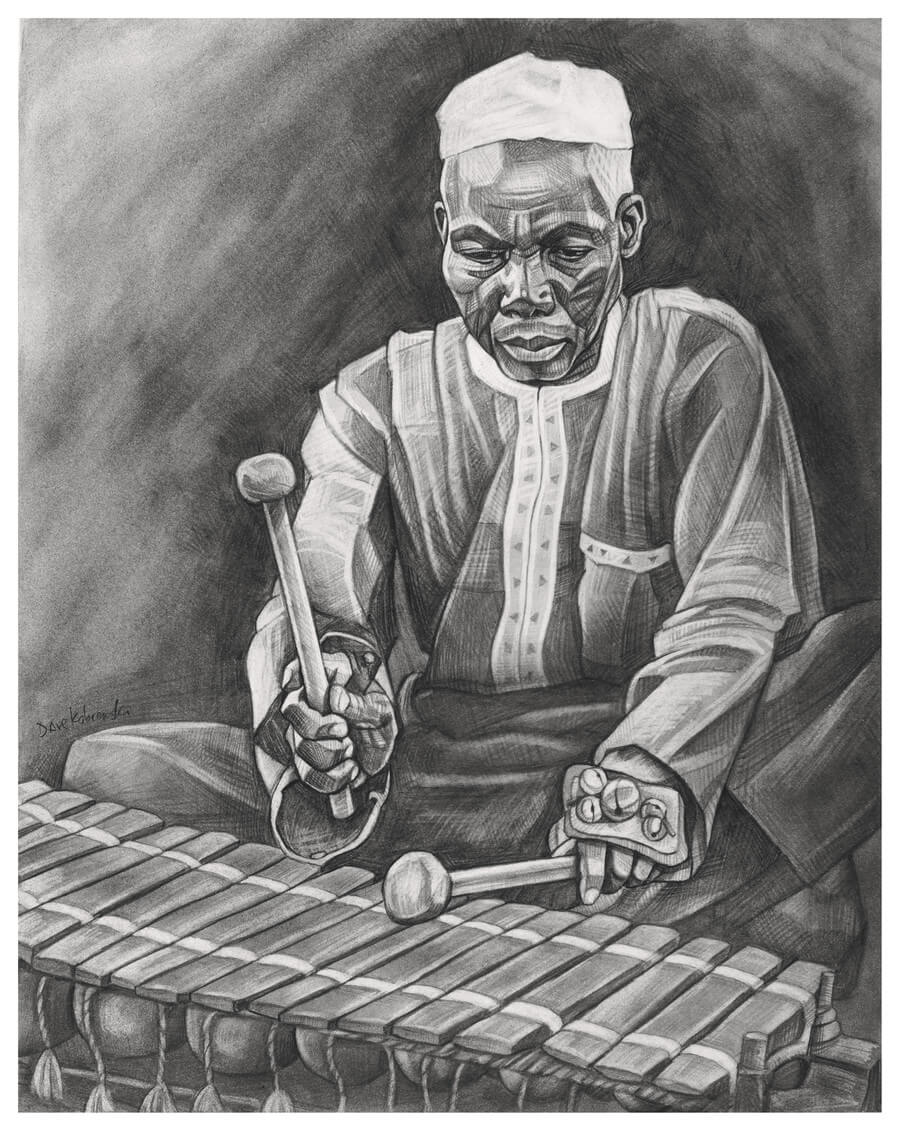 The balafon is an ancient instrument that resembles a wooden xylophone, with gourds used as resonators. It has roots dating back to the 13th century, and factored heavily in the epic story of Sundiata and the creation of the Mande empire. The balafon is typically played by griots (members of a hereditary caste of oral historians and musicians). Training to play the balafon is intense and takes many years. This man was a virtuoso musician who had likely trained since he was very young. He performed at a festival in the village honoring the chief.

Every month for the coming year, I’ll give away a fine art giclée print to one lucky subscriber. Winners can choose a print from any of my artworks.

Enter to Win a Print!

No purchase necessary. One entry per person. Giveaway begins in August 2021. Winners will be chosen at random at the beginning of each month, and will be notified by email. Free shipping. Contact Dave with any questions. You could be the next winner!