In Drawing on Culture, artist and ethnomusicologist Dave Kobrenski takes the reader on an artistic voyage into the heart of West Africa.

Drawing on Culture: West Africa is the first in what I see to be a series of artworks, exhibits, and books that explore various cultures from around the world, based on my travels and experiences in those places.

Sponsorship helps make this project a reality. Read below for more details. 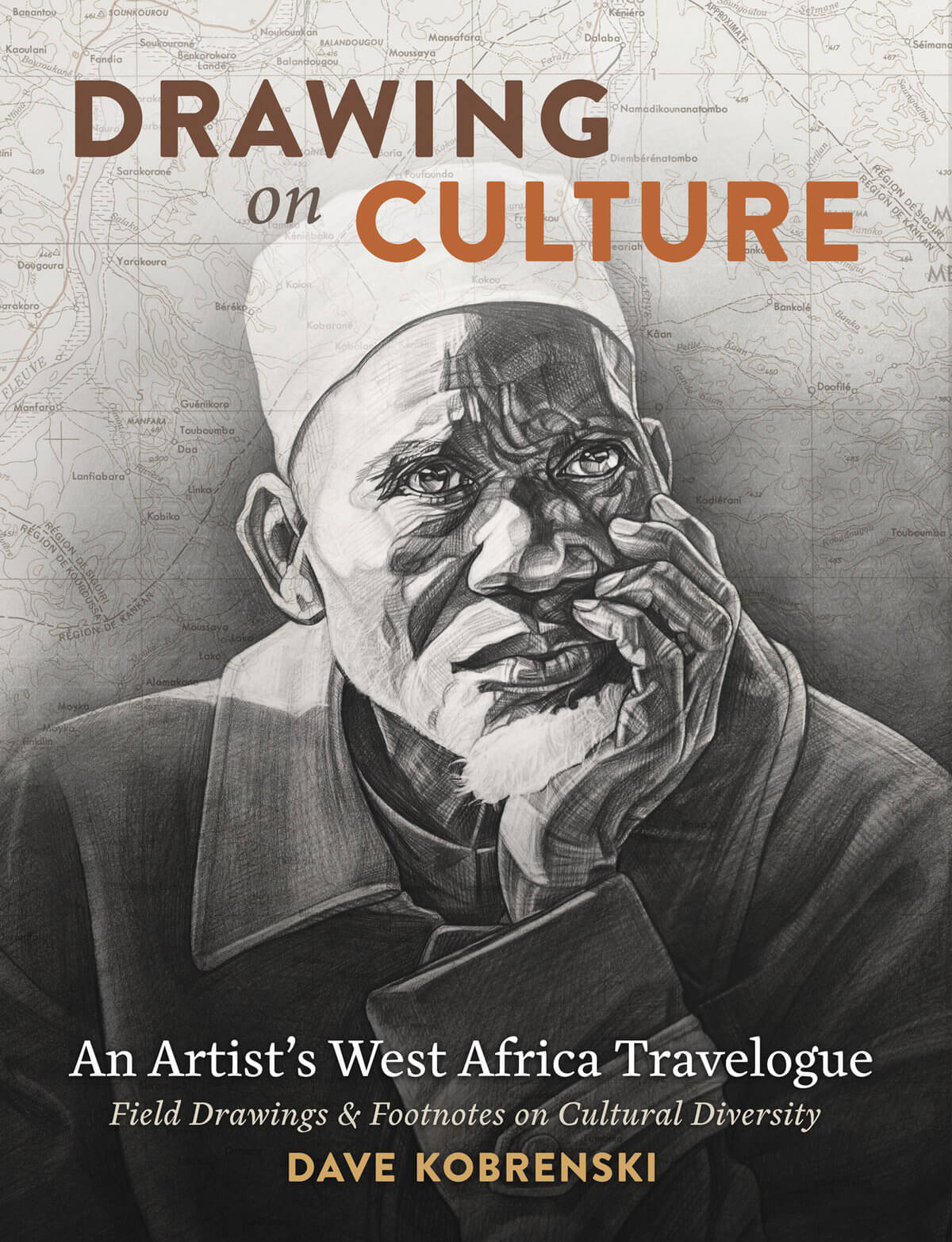 In the first Drawing on Culture book, artist and ethnomusicologist Dave Kobrenski takes the reader on an artistic voyage into the heart of West Africa.

More than 30 artworks, done on location while traveling through villages along the Niger River in Guinea, are compiled here alongside his own field notes and essays. Together, they provide a glimpse into the lives and culture of a people maintaining their ancient traditions, even as the modern world encroaches.

Drawing on Culture is more than a travelogue: it makes an impassioned case for turning our attention to the cultural diversity of the world, and to our oldest cultures, which may be our best chance of understanding how to regain ecological balance on a planet spinning out of control with human activity. 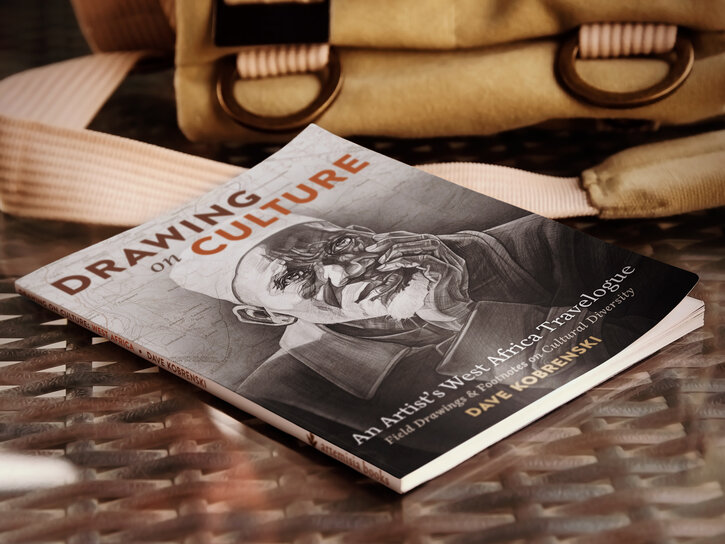 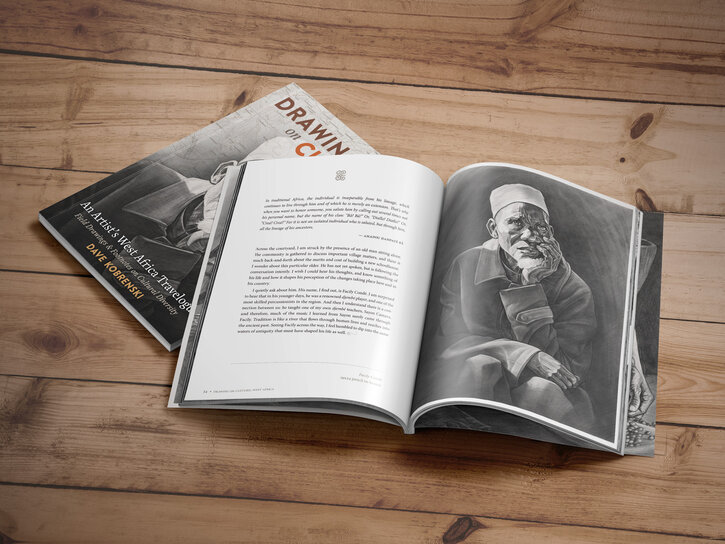 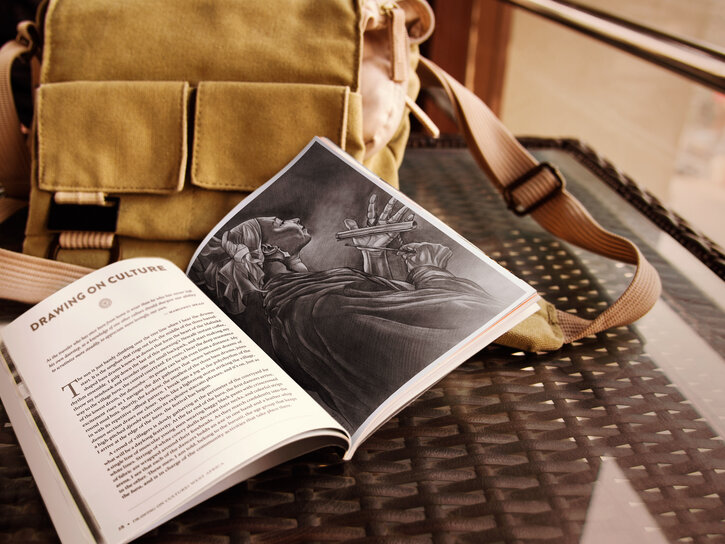 The companion book to the Drawing on Culture exhibit is now in its final stages of production. Printing costs will be defrayed by sponsorship.

Along with printing of the book, framing all 40 of these artworks is one of the next steps in this project’s journey. Here’s a preview of what some of the art might look like framed: 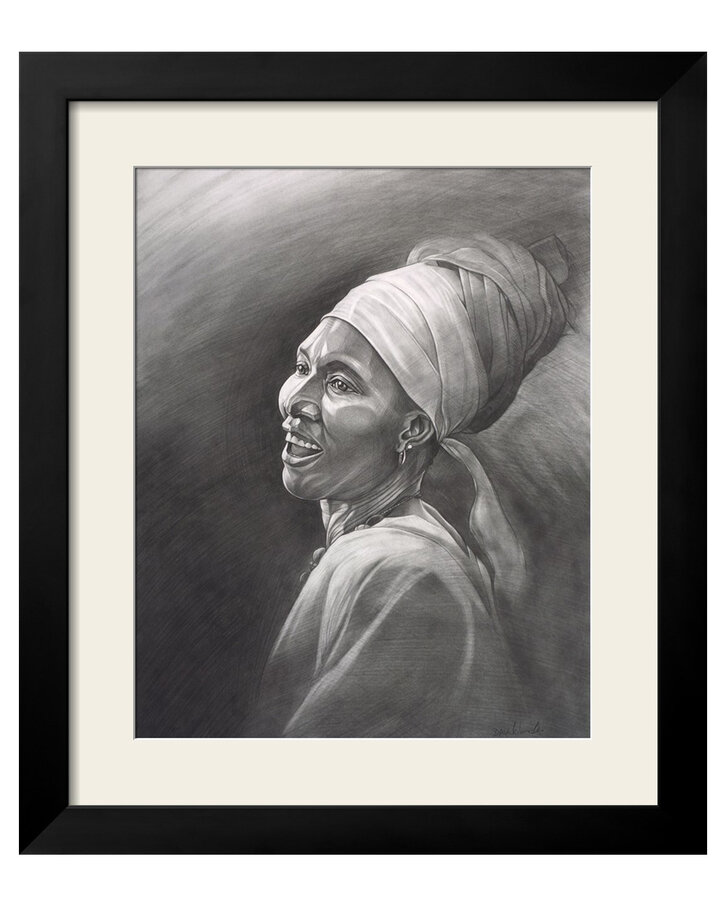 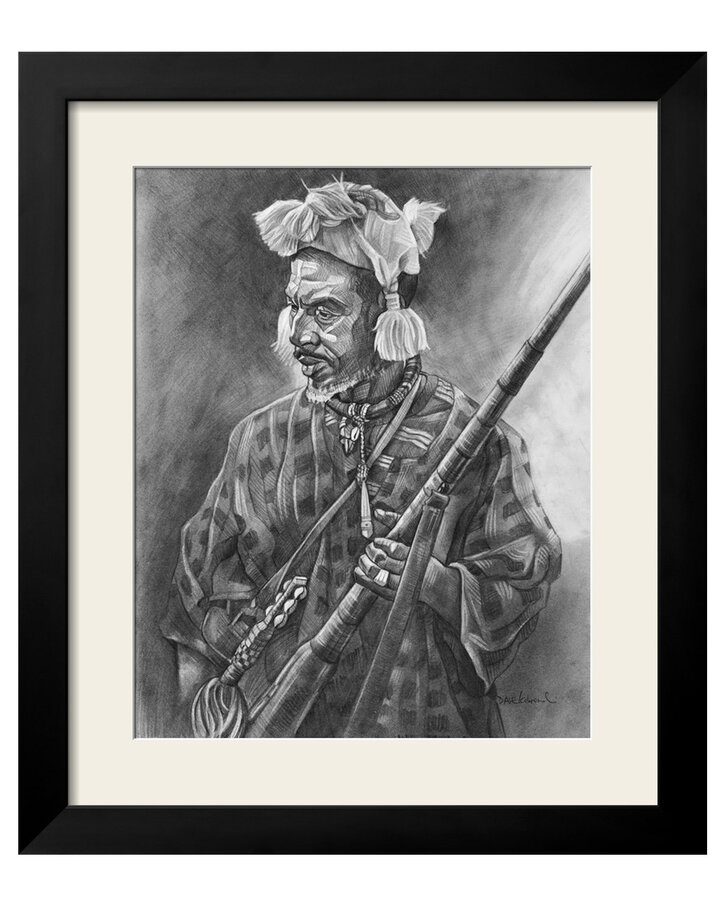 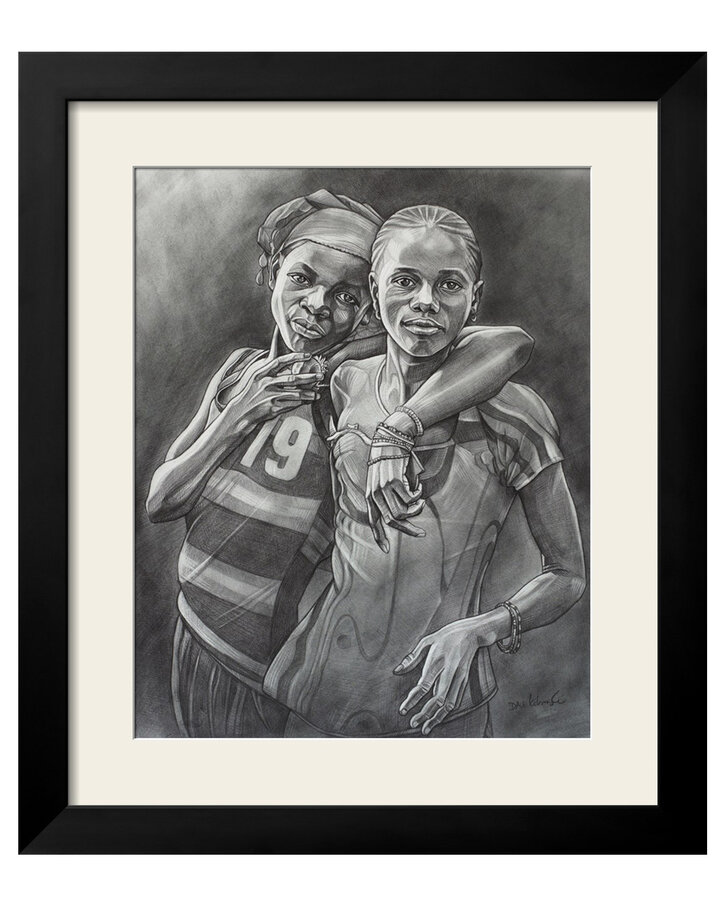 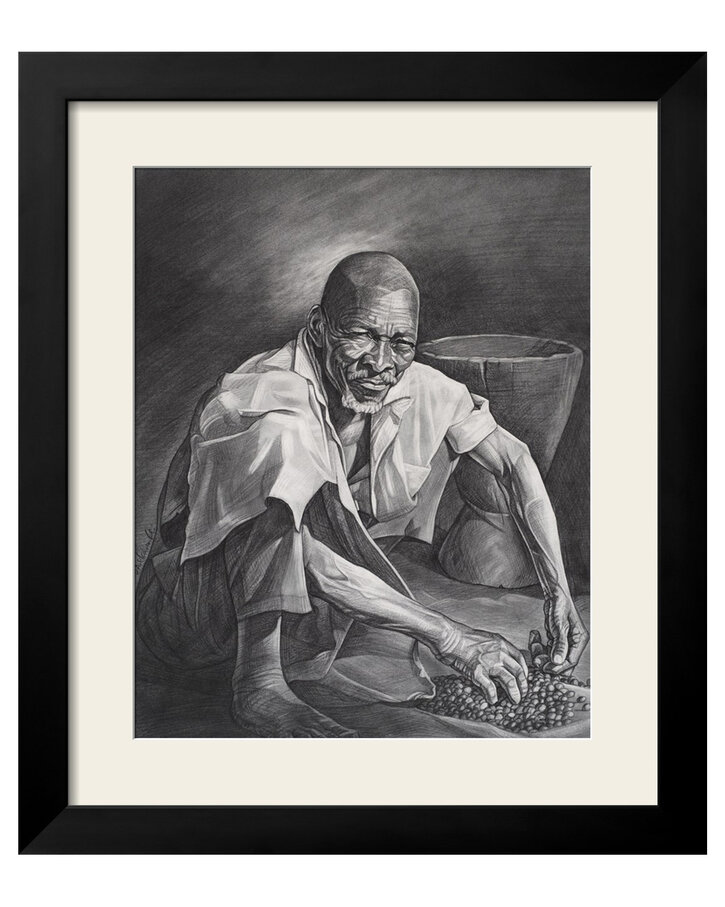 Drawing on Culture: West Africa is the first in what I see to be a series of artworks that explore various cultures from around the world, based on my travels and experiences in those places.

Consisting of nearly 30 new artworks — many done on location while living in small villages along the Niger River in Guinea — the series attempts to portray the character and personalities of an ancient culture living in the modern world. Each artwork contains a story: who is this person, and what life have they lived? What joys and struggles have they known? By sharing a glimpse into their lives, I hope to reveal the commonalities that connect us as human beings — and celebrate the uniqueness of these people’s particular way of expressing themselves in their own place in space.

Each culture on Earth is a strand in the collective fabric that is our human legacy. As we come to understand that we are all cut from the same genetic cloth, we can begin to see that each culture represents a unique expression of our potential as creative, intelligent beings. The diversity of this fabric must not be further degraded or destroyed.

Le Sage de Kouyasidia
I Am Africa
powered by Doppio CMS
Your Cart: